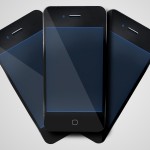 The range of smart phones and what they can do has never been so great as it is now, so whats the smart choice in choosing a smartphone? What’s the process for comparing smartphones to ensure that you’re getting the right one for you?

before plunging for the shiny one with the big buttons, pause and ask how will you use the device? Taking lots of snaps and being able to share them, well a good camera phone may be the deciding factor. Check the  quality of each handset’s camera (the higher the resolution the better) plus also look at the ratings such as the Which reports. Their report doesn’t just cover Megapixels (Image size) but also take a series of test shots in different conditions to put the full range of the camera’s features to the test.

Is it music that you like? With music-playing phones you obviously need to consider the speaker and headphone quality. You can always upgrade headphones but you may not always want to wear them. Next think about how you store your music. Do you use Apple’s popular iTunes Player to manage and download tracks, then an iPhone is a good choice to ensure compatibility. Alternatively you prefer not to manage a set of tracks, you could use something like Spottify’s streaming service which will play almost any music you can think of for a small subscription fee.

A lot of the benefit from a smartphone comes it’s near instant ability to surf the web. So, when comparing smartphones, pay attention to how they access the internet. Do they allow free access via WiFi as most do these days or is it purely down to network connectivity. If the latter be aware that the phone may run up high roaming charges if you access any web enabled feature.

The easiest fastest and cheapest way to get online with your smartphone is of course WiFi This allows you connect your smartphone to your home wireless internet connection or any other WiFi public hotspot. This means you benefit from fast speeds and allowing you to surf the web without impacting any data usage (roaming) allowance on your tariff.

Wi-fi is normally included in  smartphones. You should avoid buying a handset that doesn’t support it.

A mobile internet connection takes place over your mobile provider’s network. There are different types of connections that offer different speeds. The most common are GPRS, EDGE, 3G and HSDPA and of course 4G.

4G now offers the quickest connection speed, but also the highest data use tariffs so if you plan on using a lot of mobile internet get a handset that is compatible, and get a good deal on download limits when you sign up. Most smartphones released during last year will support HDSPA and many will support 4G as it extends across other network providers. 4G will be required if you are intending to use streaming services such as Movies, Youtube, News and Spottify.

Touchscreen technology has been employed in hundreds of devices since Apple introduced it in 2007. Touchscreens are generally easy to use for older fingers with large icons and graphic displays. Keypads still some used phones such as BlackBerry are functional but may require a tad more dexterity and good glasses to see the small multifunction keys.

If you’re unsure about whether you want a touchscreen device or a regular keypad, then the best course of action is to try a touchscreen for yourself. You already know somebody who has one so there’s plenty of accessible help and a good opportunity to try it out. Give yourself a go on some of the games to see just how easy they can be to use.

However, be aware that, as with any new technology, touchscreens can take some getting used to. So while you may find using a touchscreen awkward at first, you’ll quickly develop the technique.

There are also some combination phones that try to bridge the gap between the touchscreen and keyboard by combining both such as the BlackBerry Torch 9810. As above though there may be some issues with the relatively small button size.

Which OS system should you go for

You may well have heard people talk about iPhone, Android and of course the strong contender Windows mobile as a late entrant into the smartphone market. There is no right or wrong answer to this, it’s just whichever makes you feel comfortable. Go to the shops, try them out and take your time. If the staff are too pushy or impatient try another shop there are plenty out there.

All of the phones come with a dedicated store (app store, play store & market some of the terms you’ll hear, but all meaning the same thing.) of applications designed to run on the phones. Each will require that you create an account with them to use this feature. It is a simple and easy process and allows you access to many of the richer features that smartphones can deliver.

So in summary, what features do you want from it, how will you access the web, which OS feels most comfortable when you use it. These are the smart questions that you’ll be trying to answer as you choose a smartphone.

Top Tip, turn off as much of the roaming capability as you can on your phone until you want to use it. A lot of apps and features consume your roaming allowance and can cause major bills.